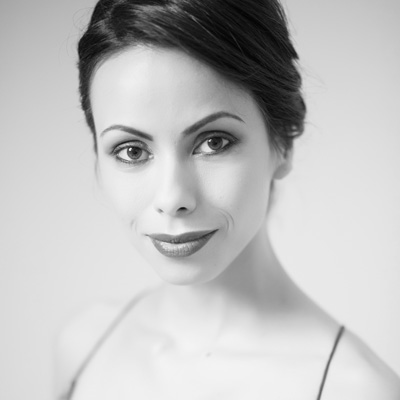 Monika Kertész Hungarian-Bulgarian mezzosoprano was born in Budapest and began her musical education at the age of 8, completing piano and voice studies at the Hungarian State School of Music. In parallel she gained Masters degrees in Linguistics and Pedagogics. Ms Kertész was member of the Operastudio Opera Viva in Budapest led by András Kürthy where she was trained by musical and artistic professionals from the Hungarian State Opera and the Franz Liszt Academy of Music.
She continued her studies in Budapest with Bernadett Wiedemann, Andrea Csereklyei and Melinda Lugosi, in London with Marilyn Rees, and Idit Arad and in Italy with Enza Ferrari from Accademia della Scala. In 2012 she was selected to take part at the Rossini Academy’s training program in Pesaro. Ms. Kertész also participated in the masterclasses of Alberto Zedda, Julia Hamari and Katalin Schultz.
In 2011 Ms Kertész won 2nd prize at the 29th International “Piero Boni” Opera Competition in Italy as the best female singer at the contest. In 2013, she was a finalist at the International Rotary Opera Contest in Lisbon, Portugal. Ms Kertész was chosen to sing at the Grand Gala in Teatro Nacional de São Carlos with the Portuguese Symphony Orchestra. In 2015, she was a finalist at the International Opera Competiton in
Clermont-Ferrand. She received the talent support award from the Hungarian Rotary Foundation.
Ms Kertesz’s artistic and musical versatility takes numerous forms starting from the wide range of opera, oratorio and classical song repertoire to contemporary music, interdisciplinary performing arts and experimental projects. Based on this interest, in 2016 she founded her own company called “Lied Project” with the aim of expanding the possibilities between classical music and contemporary performing arts.
Her opera repertoire includes Carmen, Rosina (Barbiere di Siviglia), Lola (Cavalleria Rusticana), Fenena (Nabucco), Dido (Dido and Aeneas) just to mention few. In 2015/2016, she sang at the concert series of the Hungarian Radio Orchestra led by the renowned conductor and pianist Tamás Vásáry in the Grand Hall of Liszt Academy of Music. As a soloist member of the Hungarian National Theatre and Opera Szeged, in the season of 2013/2014 Ms Kertész sings the title role of Rossini’s La Cenerentola, directed by Attila Toronykői under the musical direction of Tamas Pál. She sings Flora in Verdi’s La Traviata in the open-air production of the Hungarian Opera with the Savaria Symphony Orchestra led by Gergely Madaras, directed by Csaba Káel. In the Hungarian Palace of Arts, Béla Bartók Concert Hall she sings Junon in Rameau’s Platée with Orfeo Baroque Orchestra conducted by György Vashegyi. She was a soloist of Haydn’s oratorio “Die sieben Worte des Erlösers am Kreuze” with the Hungarian National Philharmonic Orchestra at the Franz Liszt Academy of Music.
In 2010, she became a lead singer in the opera productions of the Royal Baroque Theatre, Hungary, with Savaria Baroque Orchestra led by Pál Németh, directed by András Kürthy. In the season of 2011/2012, she sang Lisetta in Il mondo della Luna. During the season of 2010/2011 she performed the role of Lisetta in Galuppi’s Il caffe di campagna and made a successful debut as Tisbe in La Cenerentola presenting both her sense of comedy and tragedy.
Under the Operastudio’s training program she sang the roles of Cherubino (Le nozze di Figaro), Dorabella (Cosi fan tutte) and Örzse form Kodály’s Háry János. She was a member of the ensemble in the productions of Mozart’s Don Giovanni and Erkel’s Elisabeth. In 2011/2012, she sang at the concert series of St. Michael’s church and Matthias church in Budapest. Through the collaboration of Kogart Artistic Foundation
and Hungarian Catholic Radio in 2010 she was a soloist at their radio broadcasted opera concert series. Ms Kertész also performed at several well-known festivals like the Jewish Cultural Festival, Iseum Open-Air Festival, Budapest Spring Festival, Budapest Summer Festival, Chainbridge Festival. Being actively involved in chamber music, her program includes pieces from Liszt, Bartók, Kodály and Ligeti, also Fauré, Saint-Saens, Satie, Hahn, Poulenc, Dvořák, Tchaikovsky, Mussorgsky, Shostakovich and Rachmaninov. Both Monika’s song recitals and solo concerts achieve great success. 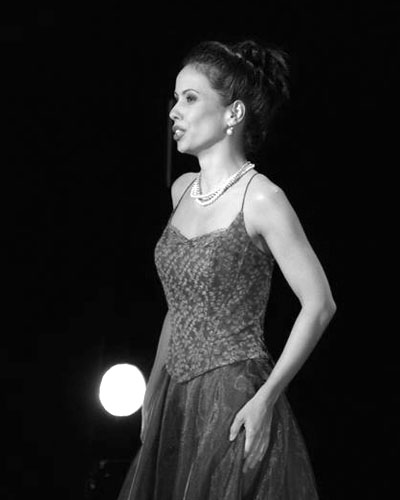 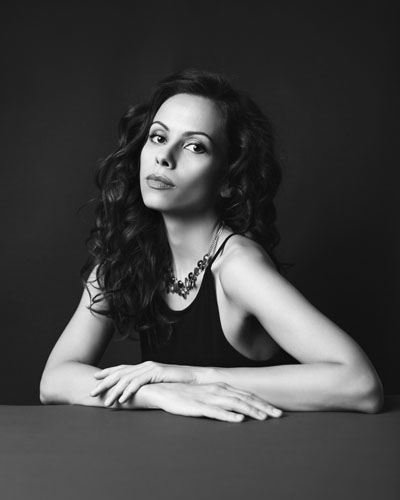 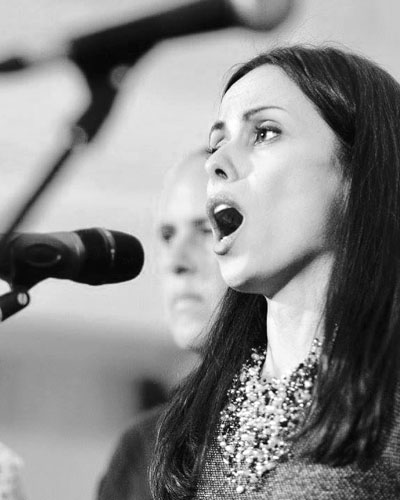